MuleSoft | Read the latest blogs, news and views from Infomentum.

CloudHub V2 arrived with a new architecture and a lot of new features. Let's explore in this tutorial some new features available while deploying to CloudHub V2 using maven.

Insurance claims, invoices, various forms and applications - every organisation deals with a wide range of unstructured documents. Although manual extraction of critical information is still typical, many departments invest in automating such processes.

CloudHub 2.0 (CH2.0) leverages an orchestrated container platform and service-oriented architecture based on Kubernetes, similar to the RTF architecture.

Let's familiarise ourselves with the new concepts and terminology introduced by the latest version:

If you are only starting with MuleSoft Runtime, you should deploy your applications directly to CloudHub 2.0 runtime to take advantage of the simplified experience of deploying and running MuleSoft applications in the Cloud. Here are some of the latest benefits that many customers were missing in CloudHub 1.0:

If you already have applications deployed to a VPC in CH1.0,  consider the following before switching to CloudHub 2.0:

Unfortunately, there is no automatic option to migrate your existing infrastructure (VPC/VPN/DLB) from CloudHub 1.0 to CloudHub 2.0. Therefore, you would need to create and configure a new private space, set up a new VPN, and update your applications, as discussed above, before deploying them to the new runtime.

I strongly recommend that existing CH1.0 customers thoroughly assess their architecture and applications to ensure a smooth transition to CloudHub 2.0.

MuleSoft Composer is a drag-and-drop tool for connecting systems without coding! Although Composer is usually used to automate business processes, I’ve successfully applied it to streamline birthday and anniversary wishes.

MuleSoft helps organisations enable hyperautomation and derive maximum benefits from automation and integration. Only recently MuleSoft launched MuleSoft RPA which is well integrated into the MuleSoft ecosystem. They also partner with various companies to enrich their automation capabilities even further.

Invoke MuleSoft RPA from the Composer 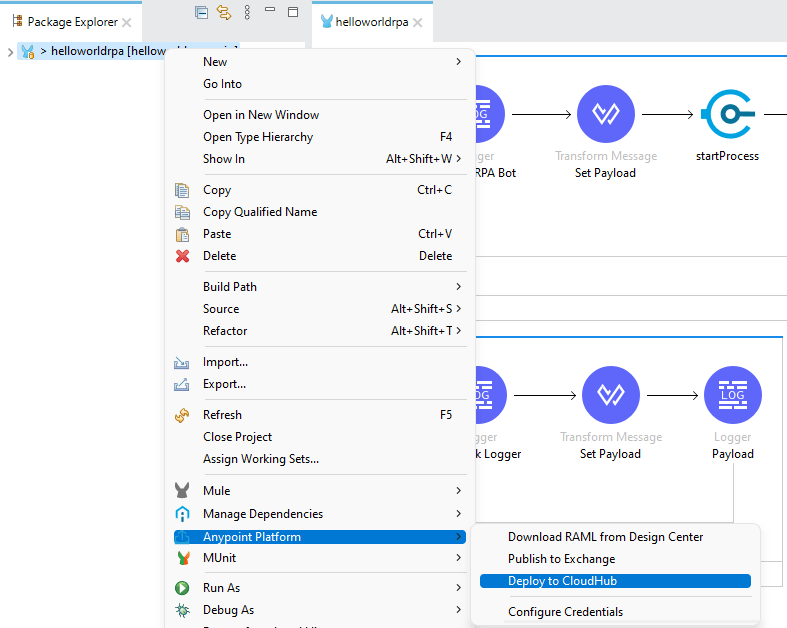 Easy steps to automate a process with MuleSoft RPA 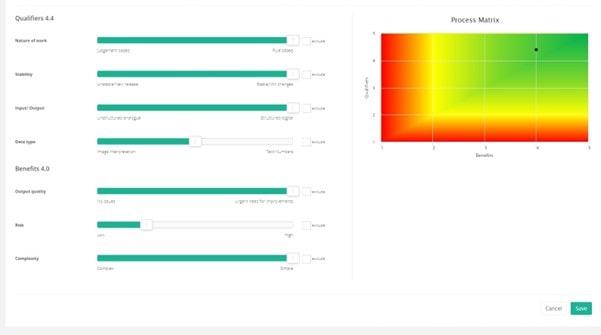 In the second part of my blog about MuleSoft RPA in action, I’d like to show the complete automation process - from process evaluation to design, build and execution. I hope it will help you see the potential of Mulesoft RPA and how you can apply it to improve the efficiency of your processes. 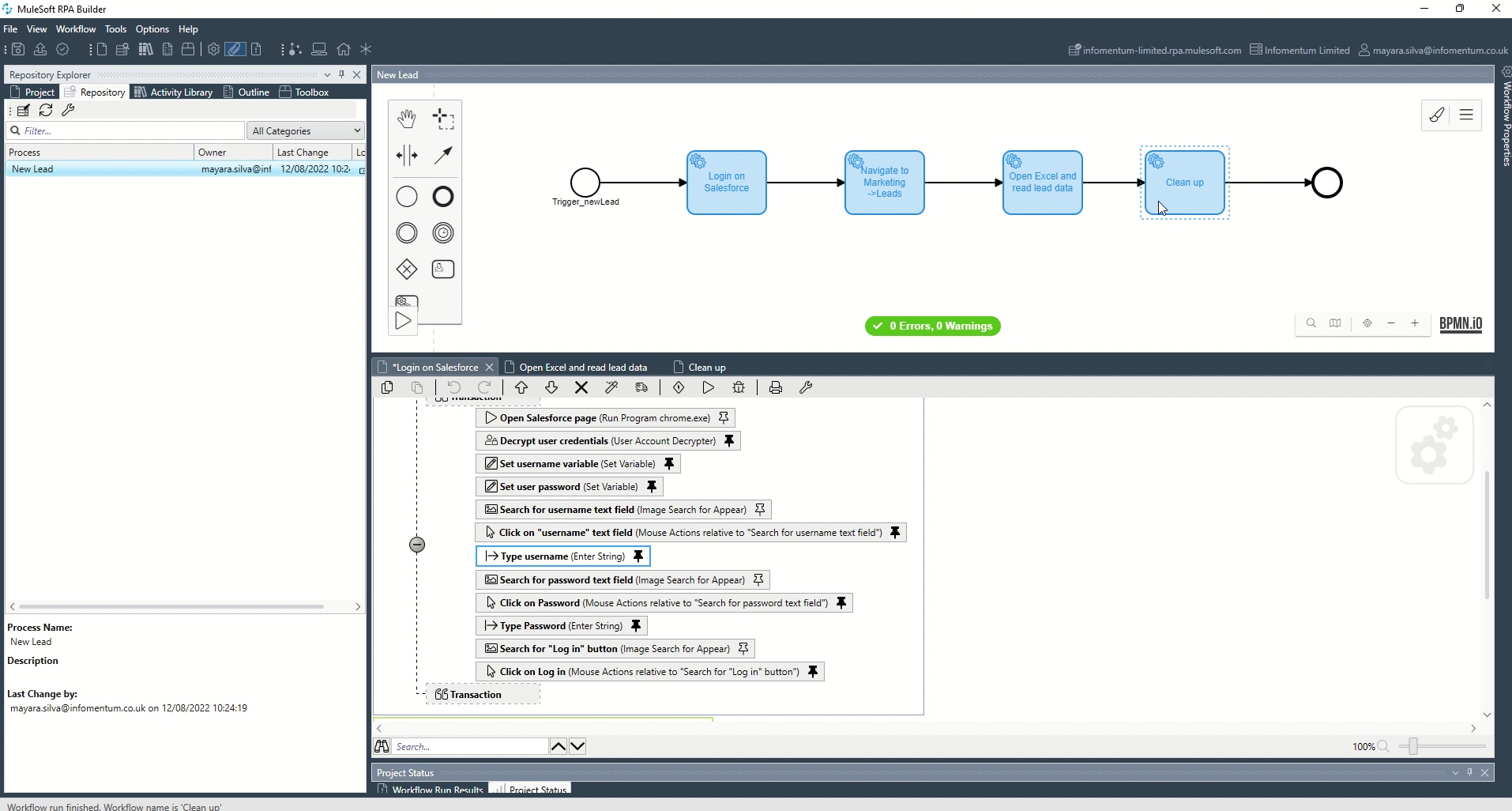 After testing MuleSoft RPA (Robotic Process Automation), the new automation tool released only a few weeks ago, I cannot wait to share my thoughts. But let me start with a few tips for creating a stable RPA automation: 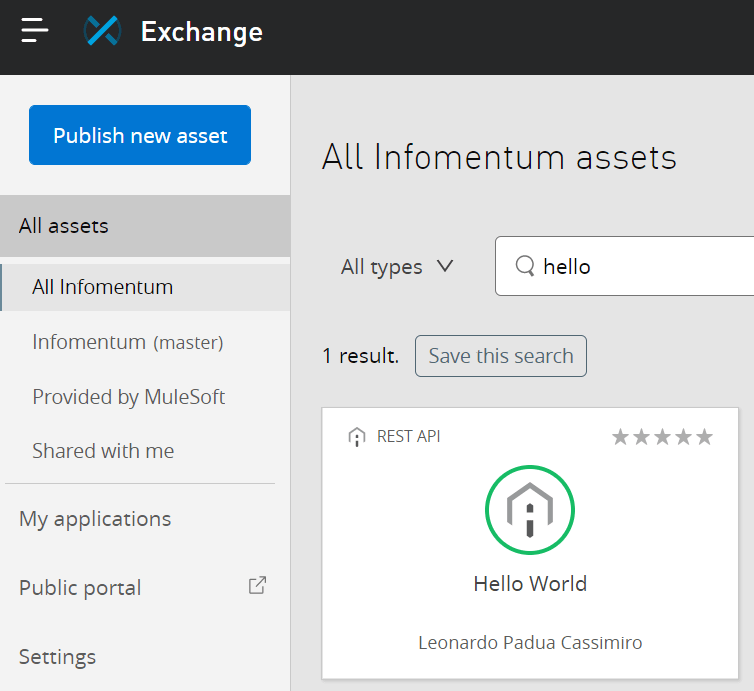 Robotic Process Automation (RPA) tools are designed to carry out all human repetitive tasks. Bots can retrieve information from legacy and modern applications and extract data from emails, documents and even web pages. They interact with applications using keyboard and mouse clicks just like we humans do. MuleSoft is a new player in the RPA market. MuleSoft RPA was released only a few weeks ago, and the great news is that it is fully integrated with MuleSoft Anypoint Platform and Composer.

Navigating the world of manufacturing can be a complex and exciting experience. Whilst this could be said for most companies and industries, this proved more so the case when Infomentum recently delivered a proof of concept. This organisation not only finds itself at the heart of UK-based manufacturing but also at a junction between academia and government research. A solution was required to bridge the gap from both a technological and operational perspective.