Blog: Are we there yet? The public sector’s approach to cloud adoption

Are we there yet? The public sector’s approach to cloud adoption

In the second of our series on the public sector, digital transformation and Smart Lives, we are looking at cloud computing. At a time when government organisations struggle for funding, digitalisation offers a way of delivering services to users in a more cost-effective manner. Cloud is the foundation of that transformation. As a concept it has been talked about for over a decade yet adopting it can be a challenge for cash-strapped public services. What stops the sector from accelerating cloud use to unlock its benefits?

It feels like the debate over cloud computing has been going on for years. At first, it was very much in the hype stage – a revolutionary new way to deliver services, the end of expensive hardware, completely flexible to meet organisational needs. As the concept and technology matured and understanding increased, so too did awareness of the potential drawbacks. Concerns of security, data governance, cloud providers themselves and how costs using certain cloud environments can spiral held back adoption.

Concerns of security, data governance, cloud providers themselves and cost held back the cloud adoption.

As cloud matures, the debate shifts from why to how. With an estimated 88% of UK organisations (82% in the public sector) adopting cloud in some form or other, the concept has become, in many quarters, the default approach to delivering IT services.

Having a majority of central and local government operations opening their IT to cloud is positive. However, just 2% used it for five or more services, with most only dipping their toe in the water with one or two. 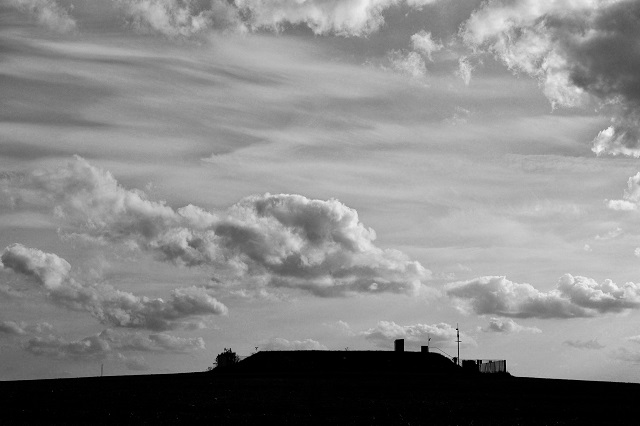 If the public sector is committed to digital transformation, it needs an infrastructure, delivered by cloud computing, to support it. As such, it is critical that central and local government organisations accelerate their adoption. So how do they speed up their deployment?

How the consumerisation of public services should drive decision-making

Market forces are pushing services to be more digital. Leighton James, CTO at UKCloud summarised the situation in a post for TechUK when he said “New technologies are increasingly proven and are maturing to support more complex use-cases. And the consumers of public services; citizens, businesses, patients, and so on, all have ever-increasing demands and expectations.”

The result is councils and other local service providers are forced to deploy more digital customer-facing solutions. This, however, brings its own challenges. It simply isn’t feasible to build a completely new suite of cloud-native applications, getting rid of those hosted on legacy infrastructure. Any organisation with historic IT systems will need to undergo a complete review of their business-critical applications and supporting enterprise architecture to work out what they need to migrate. That might mean lifting and shifting; it might mean re-platforming.

“All apps are not created equal and any organisation will need to have a selection of clouds and on-premise data-centres to support their goals and needs of their users.”
-David Wilde, Infomentum's public services advisor

There is also the challenge of legacy applications that are simply too old to be moved to the cloud in any form. In those instances, the ideal may be to re-architecture or re-purchase in a cloud-suitable variation. However, for organisations with a limited budget, that may be out of the question. They are then left with a choice – keep the old applications running, which may hamper the user experience by forcing them to use only specific legacy devices to access the applications, or only move the front-end interface to the cloud. This would allow users to access the services they require in a more digital manner, without disturbing the legacy systems behind it. In this way, legacy systems can be phased out over time. 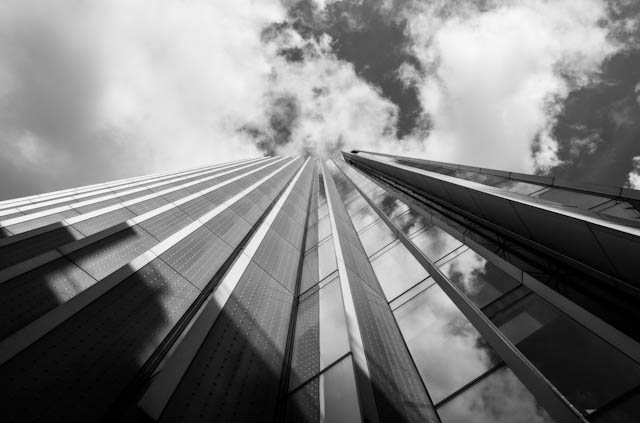 “There is no one perfect environment,” explains David Wilde, a digital and strategic change expert, former CIO for Essex Council, City of Westminster and Waltham Forest and Infomentum’s public services advisor. “What we have currently is a huge number of different providers, all of whom are choosing to specialise in certain areas, to support certain applications. It reflects the situation that all apps are not created equal and that any organisation will need to have a selection of clouds and on-premises data centres to support their goals and needs of their users.”

When cloud is about people, not technology

That is critical – that the needs of the users are met. Too often this human factor is left out, or an afterthought. At a recent dinner, Infomentum hosted, one decision-maker from a London council gave an example of what happens when that is the case. 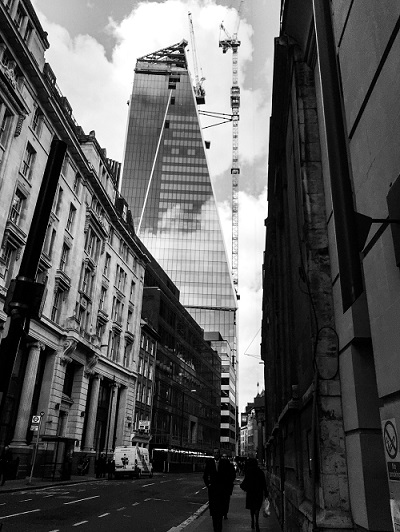 In this instance, social workers must collate and present evidence in a structured manner, while being able to pick up the nuances and signs that indicate something may not be right. A new application was developed to replace a legacy system, but while it offered digital innovations such as mobility, at no point were end-users consulted. The result was a rigid questionnaire that demanded details be inputted in a restricted manner, meaning not all information could be captured. This missed data could be the difference between an individual being safe or at risk. At a time when social workers are under intense scrutiny, the application failed to support their work and, as such, was redundant almost as soon as it was launched.

So public sector organisations need to know what they are trying to achieve, be cognizant of the requirements of their applications, and involve the users, or human factor. All within a limited budget.

Don’t build it, adapt it

In the past, the view was that complete ownership was the goal – if it could be paid for, it was better to build it bespoke. In the cloud era, that is neither realistic nor necessary, a godsend for cash-strapped public services. In fact, one only has to look at how digital-native companies have used pre-existing cloud services to build businesses to see how it can be done effectively. Uber, for instance, relies heavily on GPS and texts and is quite happy to deploy third-party systems for both. In the same way, government departments, council and NHS trusts can consider how existing cloud platforms can be augmented and integrated into their services. This will mean they only spend money on what is necessary and avoid wasting resource on projects which may fail to deliver.

Government departments, council and NHS trusts can consider how existing cloud platforms can be augmented and integrated into their services.

From a country perspective, the UK, thanks in a large part to its position as a leading fintech hub, is one of the biggest providers of cloud in Europe and the Middle East. This gives UK public sector organisations much-needed assurance on the location and governance of data. 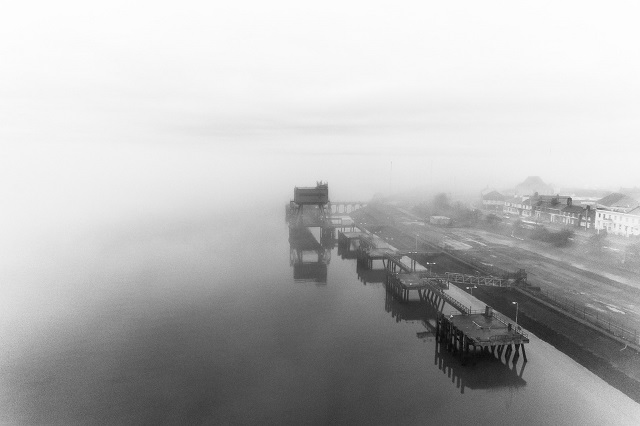 With this developed environment comes lower costs, along with more choice than ever before.

“Cost is always the number one factor for the public sector,” says Wilde. “What many don’t realise, however, is that it is actually two questions in one: what will it cost me per user, per annum, and how much will it cost me to change. We are at a point where cloud computing is more developed, with more options than ever before. This mature competition has driven costs right down, both from an operational and capital perspective.”

Adapting what already exists also means that future-proofing can be built in. This is achieved either through updates and new versions or transitioning to other platforms should a more effective alternative enter the market. Anything built from the ground up will, ultimately, become redundant, much like the legacy systems currently considered ripe for migration to the cloud.

The cloud is here to stay

The cloud is here to stay. It is driving the digitalisation of so many consumer-facing industries, which in turn is shaping expectations as to what good looks like. The demands of delivering digital government are too much for legacy architecture – only cloud computing has the flexibility, agility and scalability to support the applications and services users want. It is critical, however, that local and central government organisations are clear on what they want to achieve, which applications are going to help them do that, and what their human factor, or user, needs. It is only then that they will be able to deploy the right cloud environments for their objectives.

The demands of delivering digital government are too much for legacy architecture – only cloud computing has the flexibility, agility and scalability to support the applications and services users want.

So far, we have covered digital identity authentication and cloud computing in the public sector. Next, we’re going to be considering Edge computing and the Internet of Things (IoT), and how the UK’s public services can make the leap from hype to reality. It’s all part of our focus on Smart Lives, which was recently the subject of conversation at a gathering of public sector leaders we hosted.

Updates from the event and details on the key debates will be covered in posts over the coming weeks. Don't forget to subscribe to our newsletter.

We’d also be delighted to hear your thoughts on migrating to the cloud, managing legacy applications, digital transformation and the public sector, either in the comments below or on our social media channels.

Photographs about London and Londoners were kindly provided by our colleague Richard Forjoe. 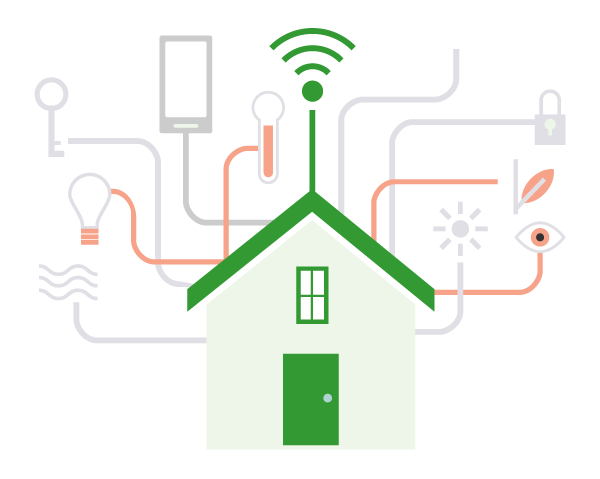